What Are Your Options For Appealing A Traffic Ticket?

What Are Your Options For Appealing A Traffic Ticket?

No one likes to get a traffic ticket, but it feels much worse if you're confident you did nothing wrong. You might not be sure, though what options are available for appealing a ticket. If you want to appeal one, a traffic ticket lawyer will likely look at one of these four options.

Lack of Visible Signage or Lights

If a cop says you drifted too far into a different lane, for example, you might have a defense based on the fact the markers had worn off to the point of no longer being discernable. The same logic applies if the highway department hasn't cleared bushes away from speed limit signs. You have a legal right to say you didn't know you were in the wrong if certain traffic-control devices weren't present or well-maintained.

You also have a right to argue that your driving performance was due to necessity. If a police officer says you were driving erratically, for example, you might be able to claim that you had to swerve because you were trying to avoid hitting a deer or a pedestrian. Traffic cases are criminal legal matters, and the state has to meet the burden of proof beyond a shadow of a doubt. If the state can't disprove your claim, there's a good chance the defense will hold up.

Another argument is that the police misidentified your vehicle. Especially if a stop occurred in heavy traffic, you might assert that the police went after the wrong vehicle. A traffic ticket attorney can demand the production of video feeds from highway cameras or even recordings from police officers' cars. There might be evidence in the videos that a similar car was in the area, demonstrating the possibility the cops made a mistake.

The cops have a job, and it requires them to do particular things competently. If a police officer messed up the paperwork, a traffic ticket lawyer will want a judge to know that fact. For example, they might have written down the wrong alleged offense. If the paperwork doesn't match the case, you have the right to ask the court to dismiss the charges. 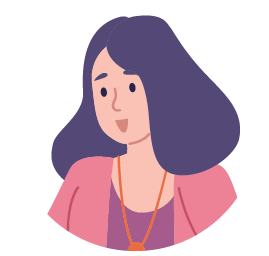 Sometimes, things don’t go your way when you head to court. When that happens, and you want the legal decision overturned, you have to appeal. Filing an appeal is a complicated process. We at Appeal Attorney Law are here to provide you with information about how the appeal process works, what to expect, and how to find an attorney. We are not offering legal advice; we present information to help you navigate this tricky legal process. Our goal is for you to leave here with a solid idea of the next steps you need to take to start the appeal process on whatever legal decision you want to be overturned.